We're proud to announce the first release of PulseAudio after the name change from Polypaudio. Besides a variety of sed -i -e s/polyp/pulse/g changes it mostly contains minor bugfixes. Get it while it is hot!

In related news PulseAudio now gained its own domain and a new Trac-based homepage: http://pulseaudio.org/. And thanks to Rafael Jannone and Pierre Ossman we now have a logo:

Together with PulseAudio 0.9.2 we released updated versions of all the auxiliary GUI tools. A new utility has been released as well, named PulseAudio Device Chooser. It installs a tray icon and allows the user to quickly change the sound server attached to the local X11 display, showing a list of servers that is accumulated using ZeroConf service browsing. In addition it allows you to quickly start one of the other GUI tools and shows notification whenever a new PulseAudio server/sink/source appears on the network. Everybody loves screenshots: 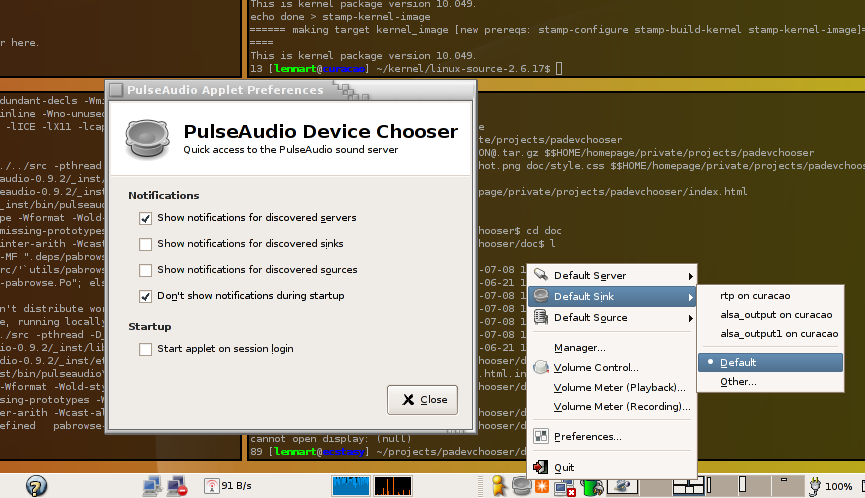